If you are into wine, you most likely know what I am talking about. In case you don’t, the talk is about the annual ‘Open THAT Bottle Night’. A simple idea, started by two former Wall Street Journal wine columnists, Dorothy J. Gaiter and John Brecher. An idea, which immediately took on a life of its own. 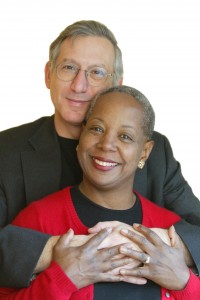 Many wine lovers, who followed the husband/wife team of passionate wine writers, and their joyful wine columns Tastings in WSJ for 12 years (as they say “a full case”), also adapted this idea of ‘open that special bottle’. Most of us tend to keep some bottles that have a special meaning to us, for whatever reason. We keep them to be opened on a special occasion or, sadly, sometimes never.

I am one of those guilty ones that sometimes find out a particular wine so special, that we forgot all about it. To avoid that, I started to create special occasions, in order to have the reason to open that bottle.

But the idea that one day of every year (the last Saturday of February), we all go and dig into wine cellars to find that bottle with a special meaning, is extra appealing.  I love the idea how sommelier in Slovakia, house wife in England or artist in Missouri they all opened a bottle of wine on the same day, and shared their story with Dorothy and John.

Two writers ended their successful column Tastings on December 26th 2009 , and we missed their writing deeply. But last year a friend of mine pointed out that Dottie and John joined Facebook. These passionate wine writers and authors of several books, including Wine for Every Day and Every Occasion, took some time off, to enjoy their life. Lucky for us, who appreciated their writing, we now have a chance to stay in touch again.

The story behind the wine bottle is what got me to join this OTBN day in the first place. I am not much of follower of anything, personally,  but this idea touched my heart. We all have this bottle that we either got from somebody very dear to us, on special occasion, or a bottle that is linked to a particular event or story in our life. But that wine was made, given or purchased to be enjoyed! OTBN was never bout “the most expensive or the most hard to get bottle.” It is about everyday wine that brings us special memories.

And that’s the whole idea of Open THAT Bottle Night. 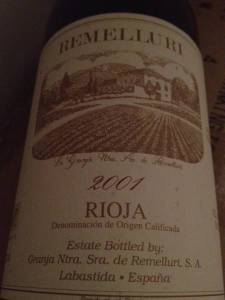 So, this last Saturday I went to my cellar and took a long look at my shrinking wine collection (or what’s left of it).  The bottle I ended up opening was 2001 Remelluri, a traditional Rioja, produced by Jaime Rodriguez Salis. It was smooth as a silk, and still fresh and bright. On top of its game. Very pleasant red Crianza (Tempranillo, Garnacha and Graciano blend) didn’t lack anything for me.

So what’s my personal story behind this bottle? Back in 2007 I was fortunate enough to visit the vineyards and The Granja Nuestra Señora de Remelluri estate in Rioja. You can read about it in my older blog How I almost became a Queen of Rioja. It ended up to be an unforgettable meeting with its owner, Mr. Jaime Rodriguez Salis.

Some may say that he was quite a character, but he gave us all the attention and time we were seeking that day. And just last September I learned about his recent passing. A big enough reason to celebrate his life with the last bottle of his wine, I owned. The fact that it was 2001 vintage (one of the best vintages in decades), was just a cherry on top of a cake.

I am also familiar with wines crafted by his son, Telmo Rodriguez, who now returned to the family estate, to continue in the family legacy. 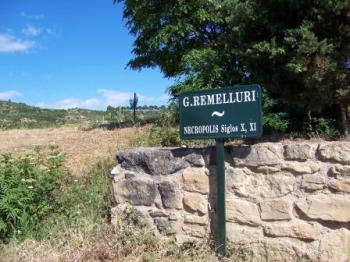 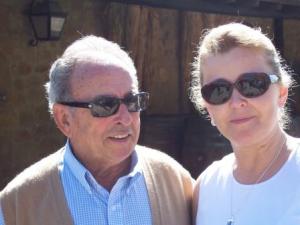 Rest in piece, señor Jamie Rodriquez Salis. Thank you for an amazing time, I was allowed to spend with you at your beautiful historic estate, in the summer of 2007. Thank you for all those wines we tasted together. The memories that will always bring a smile on my face.

And, thank you Dorothy and John for your infectious passion for writing, wine and life. It touched so many people around the world. I love your idea about Open That Bottle Night – and I will cherish it every year. Just because!!!